Mallorie Rodak is an American voice actor affiliated with FUNimation  Entertainment and OkraTron 5000 who has appeared in over 75 anime shows and  movies. She was nominated for Breakthrough Voice Actress of the Year in 2014 by  Behind the Voice Actors.

If you didn’t catch any of those shows, her other voice acting credits include more  than 50 other anime shows and movies, including Tokyo Ghoul, My Hero  Academia, Kino’s Journey, Chio’s School Road, Garo: Vanishing Line, Assassination  Classroom, Noragami, Akiba’s Trip The Animation, Seraph of the End, Katana  Maidens, KanColle: Kantai Collection, Bikini Warriors, Heavy Object, Selector  Spread Wixoss, Riddle Story of Devil, No- Rin, A Centaur’s Life, and Keijo!!!!!!!!,  among many others.

Outside of the wonderful world of anime, you can hear Mallorie as the voice of Da  Ji in the video game Smite, Alicia in the game Dawnstar, or Agatha on the podcast  The Dungeon Booth.

You may also know Mallorie’s voice from her commercials for Pizza Hut, Jeep,  American Heart Association, Metro PCS, and Albertsons, to name a few brands.

Mallorie is represented by Mary Collins Agency for voiceover and on-camera  work. 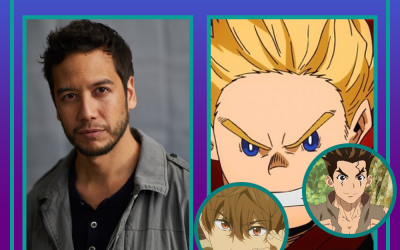 Ricco Fajardo is an actor best known for his work in anime and video games (Mirio in My Hero Academia, Taiju in Dr. STONE, Nozel in Black Clover, Kotaro in Zombieland Saga, Genkins in Red vs Blue, God in The Cyanide & Happiness Show, Achilles in Smite, and Corvus... 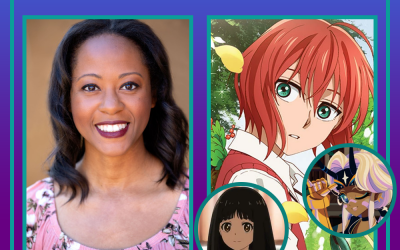 Dani Chambers is an actress based in Dallas, TX. She has been acting on stage and filmfor the past twenty years, and has been performing voice-over work for the past fiveyears. Performing in theater and short films has helped her acting skills to grow anddevelop... 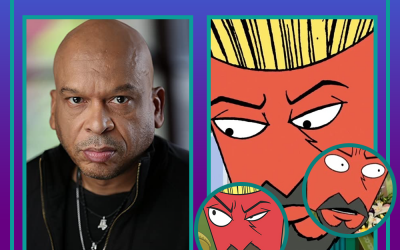