Chris Patton has been Voice Acting in Anime and Video Games for 23 years, for companies
such as Funimation, Bang Zoom, Sentai Filmworks, ADV Films, Okratron, and more.
He’s more recently known for such characters are Oikawa in Haikyuu!!, Linhardt in Fire Emblem:
Three Houses, Kliff in Fire Emblem: Shadows of Valentia, Turles in the Dragonball Z franchise,
and Ayato in Diabolik Lovers. Fans of 2000s Anime might recognize him more so as the voices
of such characters as Greed in FMA and FMA:B, Asura in Soul Eater, Fakir in Princess Tutu,
and Hajime in the now-infamous Ghost Stories dub.
Chris is also an award-winning Audiobook Narrator of more than 120 titles, a theatrical director,
and a proud cat dad. He lives and works in Los Angeles. 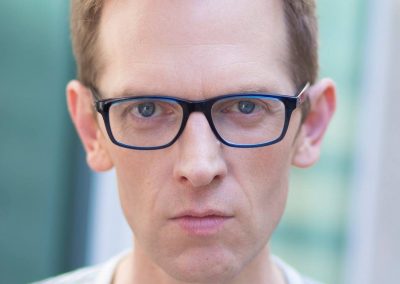 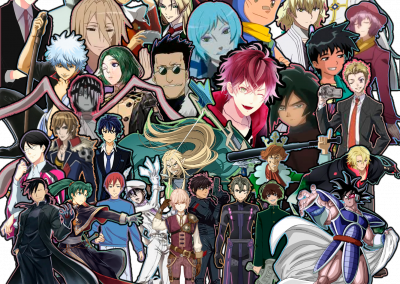 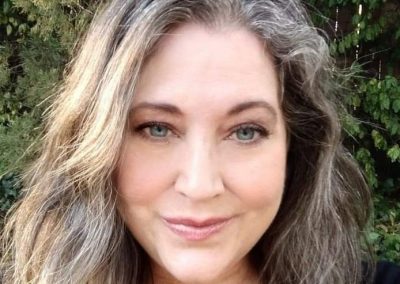 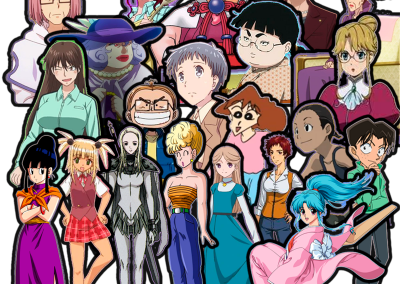 Cynthia Cranz is an American actress primarily known for her extensive voice work dubbing anime
shows, many that have aired on the Cartoon Network and Toonami. The Fort Worth, Texas native has
been acting professionally since 1993, performing in theater, commercials, industrial videos, music
videos, PSA’s, infomercials, TV, film, commercial print, video games and voice over. In 1999 she was
one of the first actors cast by Funimation Entertainment in their Flagship Show Dragon Ball Z, voicing the
roles of Chi Chi and Mrs. Briefs, and continues to voice those roles presently. Other notable roles
include: Boton – Yu Yu Hokusho, Mitzy – Shin Chan, Mitch – Case Closed (Detective Conan), Paninya –
Full Metal Alchemist, Chieko – Princess Jellyfish, Tsurara – Rosario and The Vampire, Lisa – Summer
Wars, Coach Mo – Big Wind Up and Pipimi in Pop Team Epic. Recently she has reprized her roles as
Mitsuru (Mii) in Fruits Basket and Bellemere in One Piece. She can also be heard as the voice of Sister
Bikini – Ace Attorney, Shiizaki – Date A Live, Melida – Wise Man’s Grandchild, Serena – Love Esquire,
Mineko – Citris, Lisa – Soul Eater, Ferro – Gun Slinger Girls, Dog Woman – Desert Punk, Meow’s Mom –
Space Dandy, Elena – Claymore, Lisa – The Galaxy Railways, Kyoko – Witchblade, Karin – B’t X, Nao –
Shiki, Lilith – Trinity Blood, Rieko – Spiral, Mika – Burst Angel, Sara – D. Grey-Man, My Hero Academia,
Attack On Titan and hundreds of other roles in Anime and video games over the past 2 decades. She is
very excited to announce her role as Miss Babcock in the upcoming Jam Productions and Netflix series,
Jet Boy! When not in the booth, Cynthia enjoys riding and showing horses, a life- long passion and sport,
as well as reading, cooking, gardening and piddling around the house which she shares with her
husband, three legged lab, German Shepherd rescue, parakeet and 3 fish.

Bill is an African American voice actor, martial artist and Twitch Streamer! His true passion is
acting! He started off in theater which led to on camera and voice over work!
In his spare time Bill likes to hike, do speed runs in video games and promote fitness in between
promoting the importance of diversity within the voiceover industry.

You can hear him as Slidin’ Go in My Hero Academia, Cioccolata in JoJo’s Bizarre Adventure,
Bakuzan in One Punch Man, Odin in Record of Ragnarok, Jackal in The Prince of Tennis, Uncle

Tian in Genshin Impact and many more! 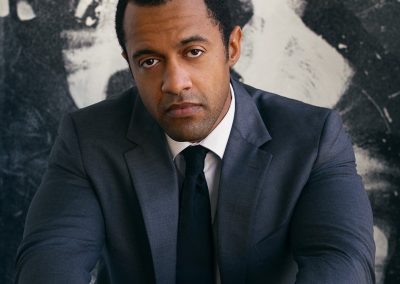 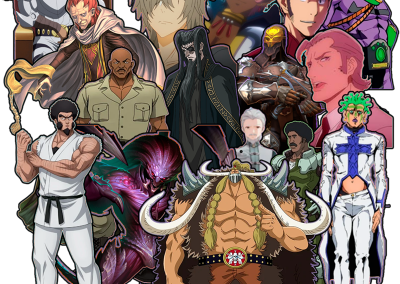 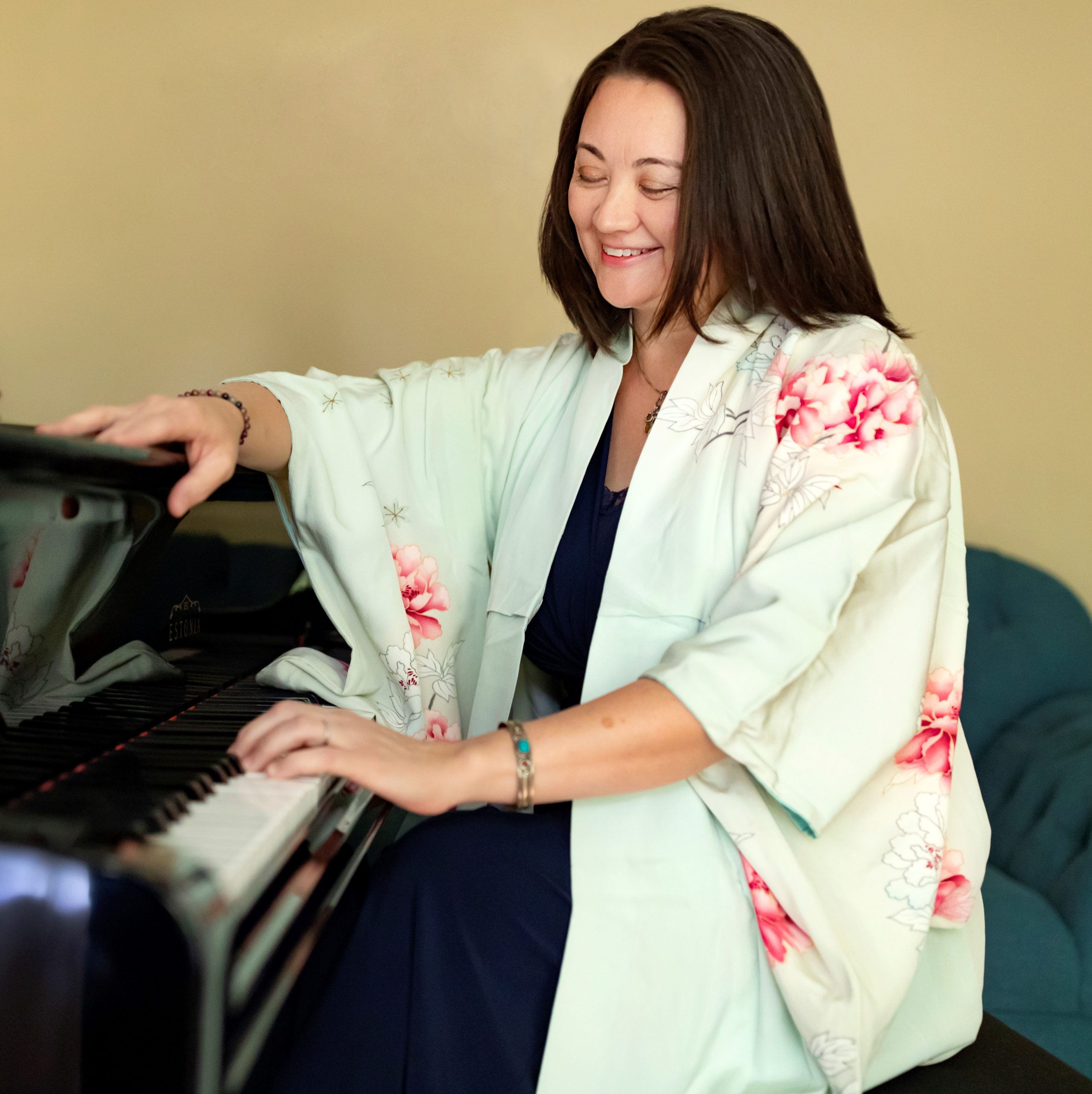 A fusion of folk, alternative chamber pop, and electronica, Lisa Furukawa’s music combines soulful piano and vocal ballads that range in breadth from elegant love songs to complex Celtic jigs full of mythical and historical themes. Lisa has released four solo albums of original music on her independent label (Yume Records) and one EP with the band Cloudsang.
Since 2005 Lisa has toured Japanese animation and media conventions around the world. She began performing at events such as MTAC, Realmscon, Mechacon, Otakon, Anime Central, and SAC-Anime. In the following years, she performed at almost 50 conventions around the US, Canada, New Zealand, and Australia. In addition to creating new arrangements of anime and video game theme songs, Lisa has translated everything from state songs to children’s songs into Japanese.
Asian and Celtic folk themes blend in Lisa’s pop music to compliment her Japanese and Scottish heritage. Lisa has performed at Japan Fest, Japanese consulate functions, the Whose Who in Asian Americans Gala, Ceilidhs in the Highlands of Scotland, and the National Association of Asian American Professionals national conference.
Lisa stays busy these days as a proud mom and music teacher. She is currently working on new songs with a trio. She is honored and excited about sharing new arrangements and original music at Tsubasacon.

More information about Lisa and her music can be found at www.lisafurukawa.com

Vitamin H is the convention entertainment group who’ve been delighting nerds across the nation since 2013. They’ve rocked conventions from New Mexico to West Virginia, and now, they’re coming to rock YOU.  Together, Vitamin H have spent the past four years showing convention attendees that programming can be more than boring PowerPoints and monotone delivery, and that learning CAN be fun…provided there’re enough dumb jokes involved.

Kidd Bowyer is a neon-haired motormouth with a fledgling YouTube show and awful taste in everything. Kidd focuses on old-school nostalgia, quirky counterculture, spine-tingling horror, and stuff where people’s heads explode.

Annie “Pathos” Bowyer is a veteran anime fangirl, and occasional Funimation VA who spends most of her time neck-deep in CSS. Pathos specializes in extensive research, carefully crafted graphic design and lots and lots of brain-type facts.

Whether it’s horror, humor, history, or just over the top, late night insanity, Vitamin H is dedicated to making sure you laugh and learn. 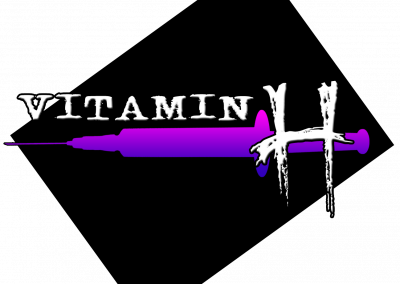 Book Early and Save